Honoré Gabriel Riqueti, Count of Mirabeau (1749 – 1791) even to this day is a divisive figure. Various historians have labeled him, a demagogue, a hero, a villain, a pervert, a traitor, and a patriot. No one can figure him or his actions out. Perhaps the most accurate portrayal is that he was a man who made sure he kept his head in life. After all he was a noble who survived the French revolution. For Assassin’s Creed fans, he was head of the French Assassin Brotherhood in AC: Unity.

A decade before the French revolution he wrote Erotika Biblion (Full text of the book can be gotten free here) which is a collection of sexual anecdotes from history, in which he blends together actual research with fantastic tales. This excerpt seems to be more of a mockery of French bureaucracy than fact, but there is no doubt a ring of truth about it.

“The taste for homosexuality makes considerable inroads here- although it is less in vogue now than it was during the reign of Henri III when men groped each other under the very porticors of the Louvre.

“Since Paris is a masterpiece of police control, public places have been designated for this purpose.

“Young men destined for the profession are carefully classified, for the bureaucratic system extends this far. They are examined, and those who can play both an active and a passive role, who are handsome, rosy-cheeked, well-made with nice plump figures, are reserved for the high ranking noblemen; or they will be amply rewarded by bishops or financiers. 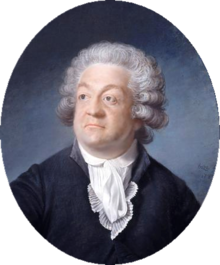 “Those who are deprived of their testicles, or to use a euphemism (since our language is more chaste than our habits) those who do not have their “weaver’s weights”, but who give and receive, form the second class; they are even more expensive because women can use them while they are serving men.

“Those jaded ones who can’t get an erection although they still have their genitals, are registered as “pure passives” and compose the third class; but whoever officiates over these pleasures, must verify their impotence. To do this, they are placed completely nude on a bed with the bottom half of the covers pulled up; two girls caress them with all their skill, while a third gently whips with fresh nettles the seat of their venereal desires. After a quarter hour of this test, a long red pepper is inserted in their anus which causes considerable irritation; then a fine mustard of Caudebec is smeared on the welts caused by the nettles; and camphor is rubbed on the head of the penis. Whoever is immune to all these attempts, and shows absolutely no sign of an erection will serve as a passive partner at one-third pay only.”