The Federal Writers Project was a make-work initiative by the Federal Government under Roosevelt during the Great Depression. It’s purpose was to give employment to out-of-work writers. Among its various projects, one of the most notable was its Slave Narrative Collection which interviewed surviving former slaves. It resulted in over 2,000 interviews and close to 10,000 pages of materials.

For those who are interested most of the audio recordings have been digitized by the Library of Congress and the majority of the writer material has been archived by Project Guttenburg. A link to which is here. The narrative below was given to a researcher in 1936 in Alabama, but unfortunately her identity has been lost to time. 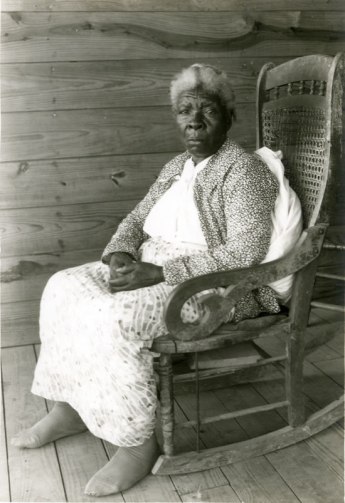 “In them times white men went out with colored gals and women bold. Any time they saw one and wanted her, she had to go with him, and his wife didn’t say nothin’ ’bout it. Not only the men, but the women went with colored men too. That’s why so many women slave owners wouldn’t marry, ’cause they was goin’ with one of their slaves. These things that have been goin’ on now ain’t new, they’ve been happenin’. That’s why I say you just as well should leave ’em alone because they gwine to do what they want to anyhow….

“My young marster wanted to go with me, and ’cause I wouldn’t go with him, he pretended I had done somethin’ and beat me. I fought him back because he had no right to beat me for not goin’ with him. His mother got mad at me for fightin’ him back and I told her why he had beat me. Well then she sent me to the courthouse to be whipped for fightin’ him. They had stocks there where most people would send their slaves to be whipped. These stocks were in the shape of a cross, and they would strap your clothes up around your waist and have nothin’ but your naked part out to whip. They didn’t care who saw your nakedness . Anyway they beat me that day until I couldn’t sit down. When I went to bed I had to lie on my stomach to sleep. After they finished whippin’ me, I told them they needn’t think they had done somethin’ by stripping me in front of all them folk ’cause they had also stripped their mama’s and sisters. God had made us all, and he had made us just alike.

“They never carried me back home after that; they put me in the Nigger Traders Office to be sold. About two days later I was sold to a man at McBean. When I got to his place everyone told me there how mean he was and that his wife was still meaner. She was jealous if needed because I was light; she said she didn’t know what her husband wanted to bring that half white nigger there for, and if he didn’t get rid of me pretty quick she was goin’ to leave. Well he didn’t get rid of me and she left about a month after I got there. When he saw she wasn’t goin’ to come back ’til after I was gone, he took me back to the Niggers Trader’s Office.

“As long as you warn’t sold, your marster was ‘sponsible for you, so whenever they put on the market you had to praise yourself in order to be sold right away. If you didn’t praise yourself you got a beatin’. I didn’t stay in the market long. A ‘dissipated’ woman bought me and I done laundry work for her and other ‘dissipated women’ to pay my board ’til freedom come. They was all very nice to me.

“Whenever you want sold your folk never knowed about it ’til afterwards, sometimes they never saw you again. They didn’t even know who you was sold to or where they was carryin’ you, unless you could write back and tell ’em.

“The market was in the middle of Broad and Center Streets. They made a scaffold whenever they was goin’ to sell anybody, and would put the person up on this so everybody could see ’em good. Then they would sell ’em to the highest bidder. Everybody wanted women who would have children fast. They would always ask you if you were a good breeder, and if so they would buy you at your word, but if you already had too many chillun, they would say you warn’t much good. If you hadn’t ever had any chillun, your marster would tell ’em you was strong, healthy, and a fast worker. You had to have somethin’ about you to be sold. Now sometimes, if you was a real pretty young gaak, somebody would buy you without knowin’ anything’s ’bout you, just for yourself. Before my old marster died, he had a pretty gal he was goin’ with and he wouldn’t let her work nowhere but in the house, and his wife nor nobody else didn’t say nothin’ ’bout it; but they knowed better. She had three chillun for him and when he died his brother come and got the gal and the chillun.

“One white lady that lived near us at McBean slipped in a colored gal’s room and cut her baby’s head clean off ’cause it belonged to her husband. He beat her ’bout it and started to kill her, but she begged so I reckon he got to feelin’ sorry for her. But he kept goin’ with the colored gal and they had more chillun.