This is, of course, a continuation of the theme from my previous post on propaganda designed to warn the average solider on the dangers of venereal diseases- most specifically gonorrhea and syphilis. In my research for a short story, I kept running across these posters and decided to share them with whomever was interested.

This wasn’t only meant as a warning for our fighting men though. These posters often were found in various factories and shipyards, which had been converted over to produce wartime goods. A paper in 1944 warned dock workers, “Four in every 100 industrial employees have syphilis… venereal disease is one of the greatest enemies of industry. The State Federation of Labor considers it so important that the executive board has recommended a compulsory blood test for all union members.”

Exact numbers of service men affected by VD is difficult to come by, but it is estimated that during WWI gonorrhea and syphilis disabled at least 18,000 men a day. By WWII that number dropped radically to 606 men per day. This was mostly due to the development of the latex condom, advances in medicine, and heightened awareness of the diseases due to propaganda.

So sit back, relax, and take a look at what convinced your grandpa to slap on a rubber during his time overseas. Enjoy and Caveat Emptor. 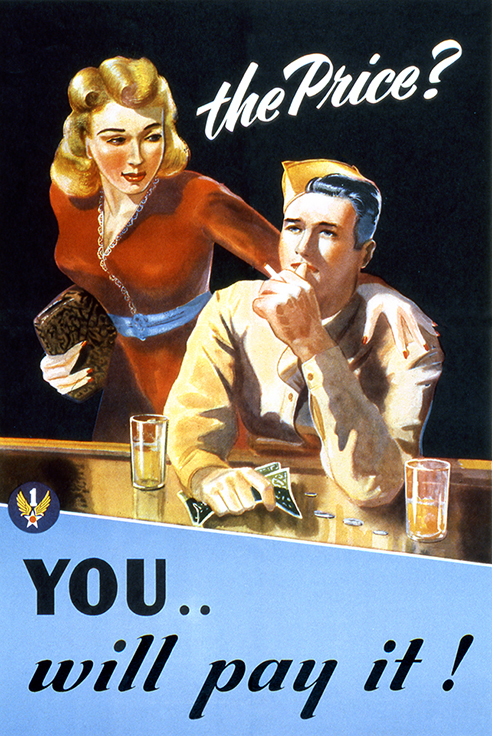