As we all know, or should all know, or if you don’t know you’re an ignorant twat that needs to retake the fifth grade, the continents of North and South America were named after the Italian explorer, Amerigo Vespucci. The reason why, the two landmasses were named after him and not Columbus was in the latter’s voyages they assumed the coasts of Brazil and the West Indies were the eastern outskirts of Asia. Vespucci proved that they were a separate and unexplored landmass.

He made four voyages and described in letter some very interesting aspects of life in the New World. Now to be fair, some letters uncovered in the 18th Century by Vespucci sheds doubt on the authenticity on this material. At the very least, it might’ve been spiced up by the original printers to help sales. Call it early click-bait. Still they may have been true. You decide. 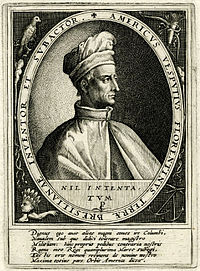 “When the [natives] evacuate their bowels. They do everything to avoid being seen; and just as in this they are clean and modest, the more shameful and dirty they are in making water. Because even while talking to us, they let fly, without turning around or showing shame.

“They do not practice marriage among themselves, each one takes as many wives as he pleases; and when he desires to repudiate them, he does repudiate them without it being considered wrong on his part or a disgrace to the woman; for in this the woman has much liberty as the man. They are not very jealous and are libidinous beyond measure, and the women are far more than the men; for I refrain out of decency from telling you the trick that they play to satisfy their immoderate lust.

“They have another custom, very shameful and beyond all human belief. For their women, being very lustful, cause the penis of their husbands to swell up to such an enormous size as to appear deformed and grotesque. This is accomplished through a certain trick, namely the bite of a poisonous lizard. By reason of this, many lose their virile organ, which burst through lack of attention, and they remain eunuchs.

“….They are women of pleasing person, very well proportioned, so that one does not see on their bodies any ill-formed feature or limb. And although they go about naked they are fleshy women, and that part of their privies which he who has not seen them would think to see is invisible; for they cover all with their thighs, save that part for which nature made no provision, and which is, modest speaking, the “mons veneris” [from latin– literal translation “Mount of Venus”, meaning the vagina]. In short, they are no more ashamed of their shameful parts than we are of displaying the nose and mouth. Only exceptionally will you see a woman with drooping breasts, or with belly shrunken though frequent parturition [childbirth], or with other wrinkles; for they all look as though they had never given birth. They showed themselves very desirous of copulating with us Christians.”

If you’re interested in reading all of the letters and few by Columbus then here is a link to the Project Gutenberg free ebook containing them. Enjoy and Caveat Emptor.